“AFRICA” CROSSES THRESHOLD OF ONE BILLION STREAMS ON SPOTIFY

Watch Performance of “With A Little Help From My Friends” Here: https://youtu.be/C25LRl15fOE 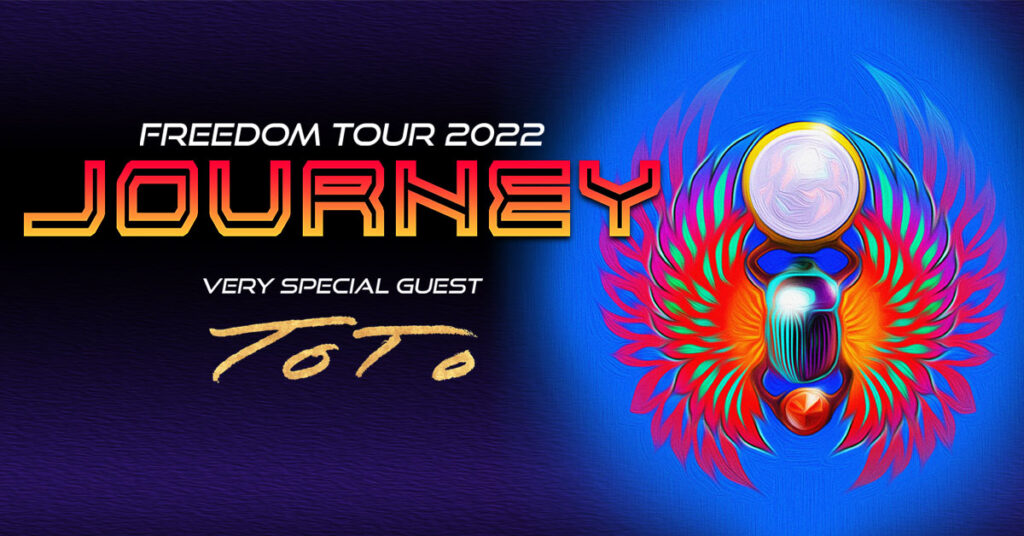 TOTO has announced the band will stage eighteen appearances with Journey in arenas across The United States.  The run begins on April 7 at Pechanga Arena in San Diego, CA and ends on May 11 at XL Center in Hartford, CT. Toto’s Steve Lukather shares, “’On behalf of myself and the band, we are very honored and excited to do this tour with our old and dear friends Journey. Gonna be a great night of music, and as all the guys are lifelong friends… a blast off stage as well.” General on-sale is Friday, November 19. 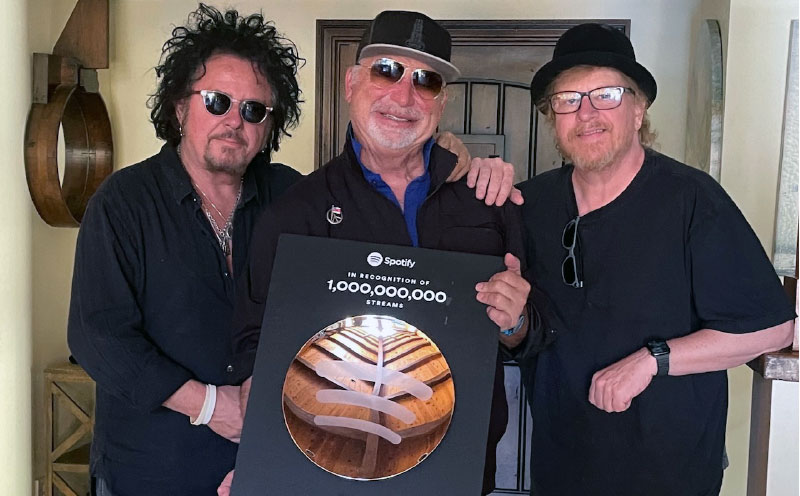 Toto’s “Africa” recently crossed the threshold of ONE BILLION streams on Spotify. This accomplishment speaks to the continual discovery of the band’s repertoire, alongside the multi-generational fan base enjoying a composition that is nearing forty years since the band’s album IV was released. Co-writer David Paich shares, “This surpasses a dream come true!  Thank you  to our family, friends and fans!  ‘Africa’ is the result of a team effort in the studio – resulting in musical magic!  And thanks to Spotify for helping TOTO connect with so many awesome listeners.  I know my co-writer Jeff Porcaro would be smiling and celebrating this moment with us.” Cumulative Spotify streams exceed 3.3 Billion plays.

The band recently released With A Little Help From My Friends via The Players Club / Mascot Label Group. To screen the title track, which presents the new line-up of Toto, click here: https://youtu.be/C25LRl15fOE.

The global tour that will commence in 2022 will stretch several years, and is presented by Toto co-founder and musical director David Paich.  Joining Steve Lukather and Joseph Williams on the road are new band members bassist John Pierce (Huey Lewis and The News), drummer Robert “Sput” Searight (Ghost-Note), and keyboardist / background vocalist Steve Maggiora (Robert Jon & The Wreck). Keyboardist Dominique “Xavier” Taplin (Prince, Ghost-Note) and multi-instrumentalist / vocalist Warren Ham (Ringo Starr) segued over continuing their tenure in the ensemble. This marks the fifteenth incarnation of the Toto line-up in consideration of band members or sidemen who joined or exited.

Steve Lukather offers, “When the music is performed by great musicians it honors Toto. The documentary featured on the DVD offers great insights in to our thoughts looking forward. David, who stands with us, alongside Joe and myself, desire to keep this music alive.  And Paich could pop in any time for a show as a special surprise.  We’ll be selecting a broader mix from the Toto catalog that includes deep cuts, the hits, and tunes from Joe and my recently released solo albums. Both of us could not be more thrilled with the global response to these records.”

Luke and Joseph Williams are life-long friends since they were kids, and bandmates sharing a deep colorful history that has thrived professionally on a global basis over the past decades.  Joseph Williams shares, “Luke and I have been through a lot with one another. He’s like a brother to me. Our creative partnership has always enriched our lives. As we look towards what’s to come in unison, there is nothing but anticipation to bring everything in our minds to life. I can’t think of anyone else on Earth I’d rather launch the next chapter with than with this lifelong, loyal and gifted friend and band mate. We’re the last men standing…The Dogz of Oz.”

With A Little Help From My Friends was Produced by Joseph Williams, who also edited the accompanying long-form video.  The band’s long-time front of house engineer Ken Freeman mixed and captured the sound. On February 26, Luke and Joe presented solo albums via The Players Club / Mascot Label Group which charted in multiple territories across the globe.  Both artists made significant contributions to the other’s recordings. Additionally, David Paich performed on select tracks on Luke’s I Found The Sun Again and Williams’ Denizen Tenant. The titles were released on LP, CD and a limited-edition deluxe edition is available with the two titles bundled together. Available here: https://smarturl.it/Steve-Lukather and https://smarturl.it/JosephWilliams.