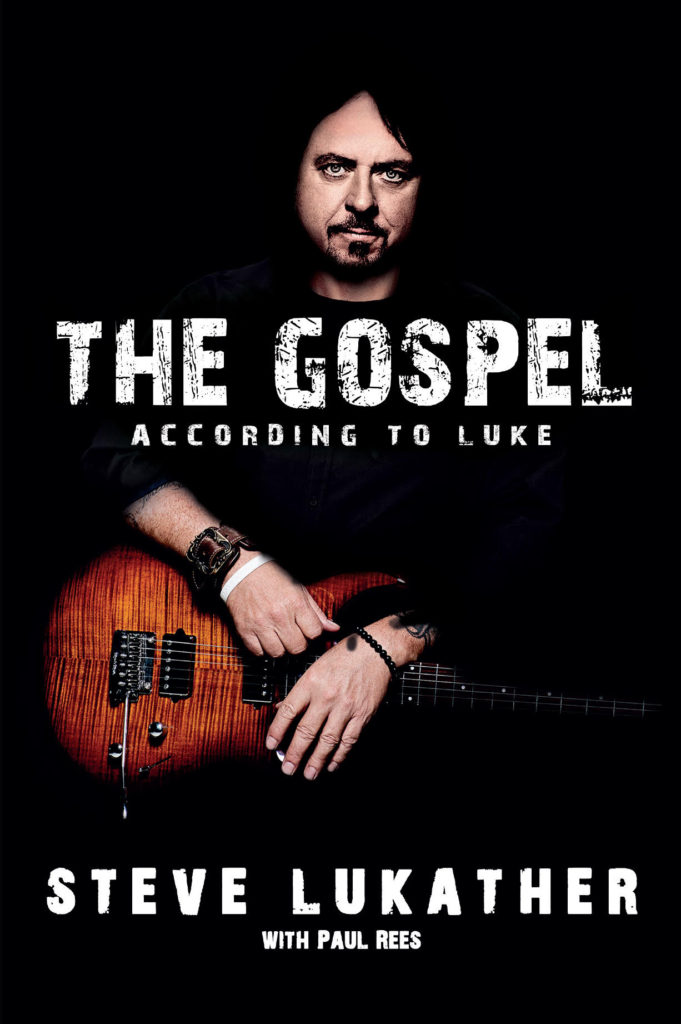 To know Steve Lukather AKA: “Luke” is to love him, and readers of his upcoming memoir are about to get a no-holds barred uncensored look at Luke’s 40+ years of making records with his band TOTO along with the countless legendary sessions he’s been a part of.

Written by Luke along with acclaimed author Paul Rees, The Gospel According To Luke will be released worldwide on September 18th via Post Hill Press (North America) and Little Brown (UK). Luke will also be narrating the audiobook, which will be available via Audible. The book takes the reader behind the VIP curtain of rock and pop stardom recounting the vibrant and frequently lurid history of a vanquished golden age of the music business.

Few ensembles in the history of recorded music have individually or collectively left a larger imprint on pop culture than the members of TOTO.  The band has sold over 40 million albums and have over half a billion streams worldwide as of 2018. They continue to be a worldwide arena draw staging standing-room-only events across the globe. They are pop culture, and are one of the few ’70s bands to have endured the changing trends and styles.

Running parallel to this, and as stellar session players, Lukather and band-mates David Paich, Jeff Porcaro, Steve Porcaro, David Hungate and Mike Porcaro were also the creative linchpins on some of the most successful, influential and enduring records of all time, including Michael Jackson’s Thriller.

“How many bands collectively (all members past to present) can say that they have played on 5,000 albums, had around 225 Grammy nominations, and were pretty much the house band on the biggest album in history?” writes Lukather.

TOTO are currently in the middle of a major resurgence around the world.  The band’s brand new Greatest Hits package titled 40 Trips Around The Sun (Legacy Recordings – Sony) debuted in the top of the charts in multiple countries.  Their European tour earlier this year saw them performing to packed houses every night including sold-out stops at the 17,000 seat Ziggo Dome in Amsterdam to Royal Albert Hall in London and everything else in-between.  Most recently, Weezer’s covers of the classic TOTO hits “Rosanna” and “Africa” have attracted a ton of media attention along with over six million streams of the tracks combined.

This fall TOTO will also be releasing their definitive box set: All In via Legacy Recordings (a division of Sony Music).  This limited edition release is available for pre-order here:  http://SMARTURL.IT/TOTO40TRIPSBOXSET

TOTO begins their North American tour on July 30th in Vancouver with dates running into November of this year.  The 40 Tours Around The Sun tour will continue into 2019 with more dates and countries to be added shortly.   Luke is currently on tour with Ringo Starr as a member of Ringo’s current “All Starr Band” lineup which he has been in for the past six years.